In 1686, Quinault and Lully again combined their genius to divert his Majesty: the story of the ill-fated love of Armide the magician and the crusader Renaud. A beautiful tapestry for a sumptuous show with the fascinating Stephanie d’Oustrac.

Armide is a variation on the legend of Penthesilea and Achilles that Le Tasse adapted to his liberated Jerusalem. It is a tale of impossible love: the meeting then separation of two lovers who are desperate for each other, but who belong to two opposing camps. Ultimately, the result of this battle is played out in advance, from the prologue when Sagesse (Wisdom) and Gloire (Glory) together sing the praises of the Monarch. And it is precisely this that intrigued Dominique Pitoiset, in embarking on this next phase, after Così fan tutte, in his exploration of the "battle between the sexes". The prologue signals that Armide is not only a gift sent to the king, but also a message addressed to him.

Why then would Louis XIV choose to have this plot played out before his entire Court – that of a seductress whose powerful machinations conquer all, with but one exception? What did he seek to convey, in deciding to remain absent from all the performances? After this ultimate masterpiece, Quinault and Lully would never again work together. The librettist turned exclusively to the salvation of his soul. And the composer would die a few months later, carried away by gangrene without every revealing the enigma. 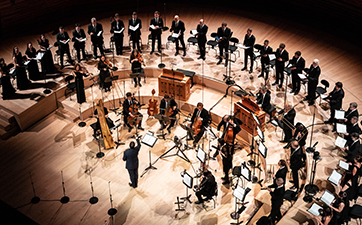 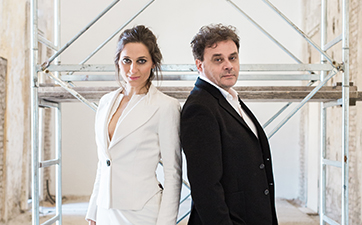